The company actively fulfills its social responsibilities and publishes the “Enterprise Quality and Credit Report” every year. In terms of public responsibility, the company established and passed the ISO14001 and OHSMS18001 systems, and had no environmental compensation and safety incidents occurred. As early as the beginning of 2006, the company realized the development trend of environmental protection problems. It did not follow the trend of small-scale coal-fired steam boilers. Instead, it vigorously introduced super-saturated steam for power plants and developed super-saturated steam technology for the production of rubber cable, so as to reduce the pollution and energy consumption; in terms of safety production, the company has established a safety production management system, and become a three-level enterprise for safety production standardization; in terms of public health, the company regularly conducts environmental sanitation inspections, and conducts an annual occupational health examination for employees. All kinds of labor insurance products are allocated to protect employees' rights and interests.

In terms of moral behavior, the company adheres to the core values ​​of “filial piety, loyalty, and sincerity”, insists on the customer-oriented, and treats customers with sincerity. The company does not deceive customers, but builds the “filial culture” that is the core of traditional culture. Mr. Hao Jimin is a dutiful son known to all. He not only practices filial piety by his deed, but also is an active charitarian of Yanggu County. Through training, knowledge contests and other means, employees know how to deal with business ethics issues. The company also formulated the "Staff Code of Conduct" and corresponding measures, and printed the "Employee Handbook" and related materials. In the operation process, the company fulfills the company's commercial credit commitments and basic business ethics in communication with major customers and suppliers, reaching the contract performance rate up to 100%. The company provides correct product information without falsifying or deceiving customers. It provides solutions to customers, improving efficiency, reducing costs, increasing product added value and reducing resource consumption. It won the title of “Trustworthy and Credit Enterprise in Shandong”.

In terms of public welfare support, the company attaches great importance to the support of public welfare undertakings, and regards charity and communities support as the key support areas of the company. Over the years, Qilu Cable has actively called on all employees to participate in the Wenchuan and Gansu earthquakes, promoting public philanthropy, donating money and living items to the disaster area. On the teachers' day and the festival for the elderly, the company often organizes employs to console first-line teachers for their hard work, and arranges rich entertainment activities for the elderly in the community, providing daily fitness equipment for the elderly. Qilu Cable Co., Ltd. has been rated as the most charitable donation enterprise, the model enterprise for respecting old people, and the advanced unit for aging work by Yanggu County People's Government and Yanggu County Shizilou Sub-district Office for many years. It also won the Yanggu Charity Award for many years. 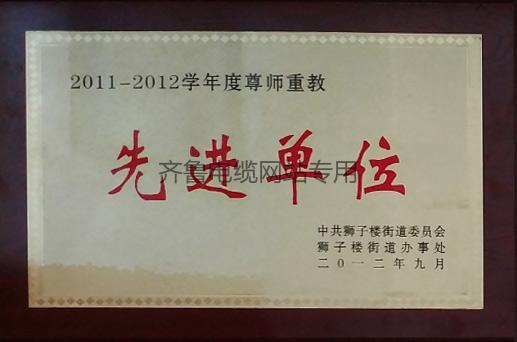 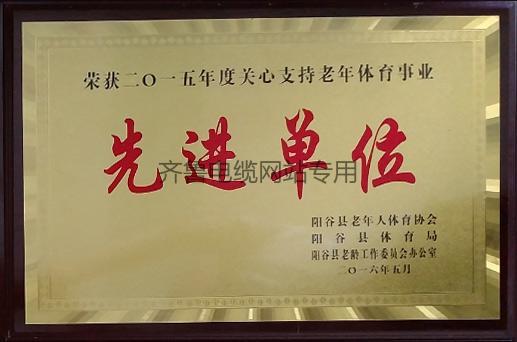 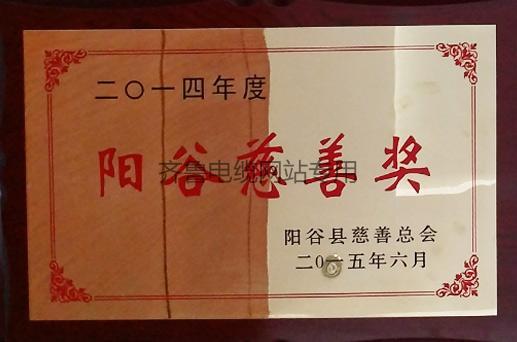 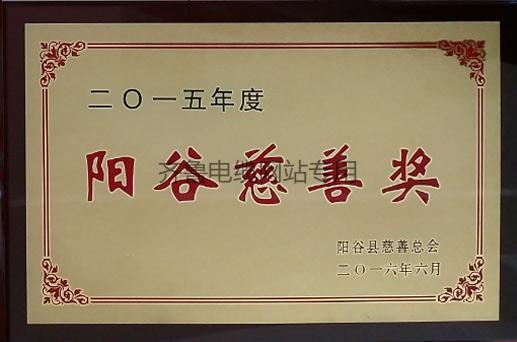